← back to
Woodland Recordings
Get fresh music recommendations delivered to your inbox every Friday.
We've updated our Terms of Use. You can review the changes here. 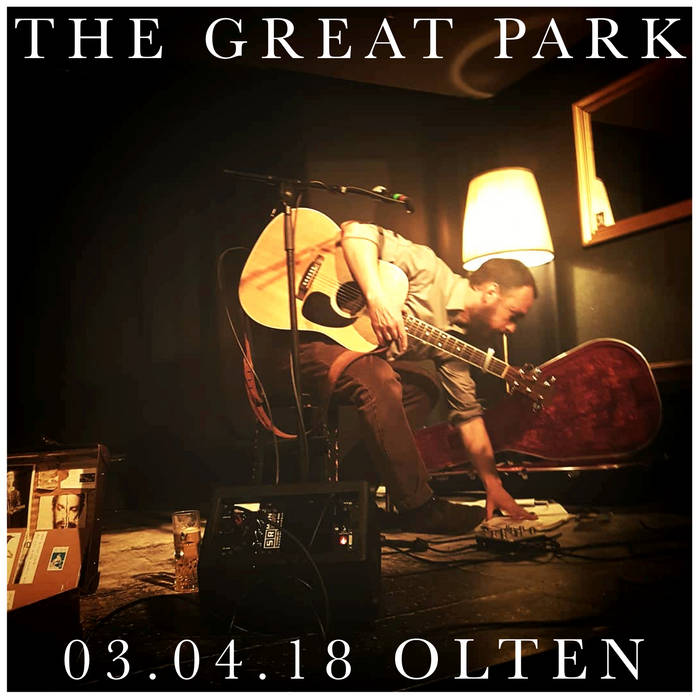 Live recording of the complete concert by The Great Park at Coq d'Or in Olten, Switzerland on the 3rd of April 2018.

Some context and words about the recording:

This was the last concert of a Spring tour through Germany, Paris and Switzerland. The night before I had played at El Lokal in Zürich and it had gone really well. I like the Coq d'Or very much, but it was a quiet Tuesday night there and the room was pretty empty. A few good friends came along, and perhaps another table of guests were there for the concert, but anyone else in the room was there by chance and I didn't have the impression that too many people were into it. A few, mostly bored young faces staring collectively at phones and a couple chatting at the bar. In most other occasions it would have been disheartening, but I was ok to be playing such a low key night at the end of a fairly hectic period.

Anyway, I think I played a quieter set of songs than on most dates that month - of course I could have been a lot braver with what I tried this night but I like the selection here somehow. As it is this is probably one of the better ones to listen to if you weren't there. Less talking in between songs, less 'fun' in the room, you get the idea.

'Five Miles Down The Lane' was played for Joelle, 'Song For No One' was a very surprising request and I didn't get an encore.

I recorded this the same way as most of my concerts these days: a Zoom H5 recorder from the mixing desk and the stereo mics recording the room. As the desk was at the very back of the room there was a little too much distance and noise from the mics so there's not quite as much ambient sound as I would have liked. But fine.

The photo on the cover is by Daniel at www.instagram.com/coqdor_olten/

Thanks for visiting and please share if you enjoy this stuff.

ps
I don't mean to sound pissed off here, or low or anything like that - I honestly wasn't and I think it was a show to share somehow. That's why it's up here.

09, 14. Traditional, with additional lyrics and arrangement by Stephen Burch.